In previous years on twitter, I’ve enjoyed throwing up my fav 4 from a few entertainment categories for that year. Four because you can only add four pictures to a tweet. Packing four into one forced me to boil everything down to a smaller list than an easy 10 (I mean, who can’t choose 10?).

This year is a little different. I’ll still be sticking with four (out of tradition), but am extending the performance category to have one each for both film and TV. Too much talent this time around! I’m also featuring these lists here first! Let’s do this!

I’m starting with this category because Regina King deserves to be the absolute first to appear on this entire list of fav’s.

As Angela/Sister Night on HBO’s ‘Watchmen’, Ms. King covers a staggering amount of emotional ground for one season of television…and does so in a tangible & immensely entertaining way. Tough to go into more without stepping into spoilers. Judging by the finale, it appears she’ll thankfully remain a focal point going into the next season!

Also on HBO, a much different performance had me enthralled this season thanks to the amazing Nicholas Braun. 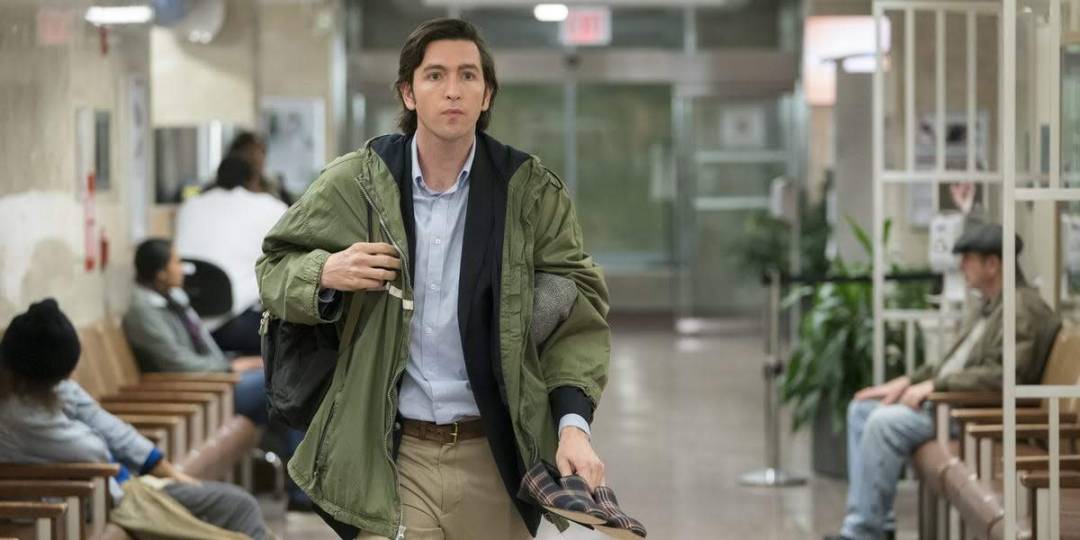 As the lovable Cousin Greg on ‘Succession’, Nicholas brought a surprising believability to a character who is at the same time a total dolt and savvy corporate/family/social climber (there’s definitely a little more to it than him ‘falling forward’). Can’t wait to see how things shake out for Greg after that finale.

Over on Amazon Video, Antony Starr had viewers cringing for Oh. So. Many. Reasons. 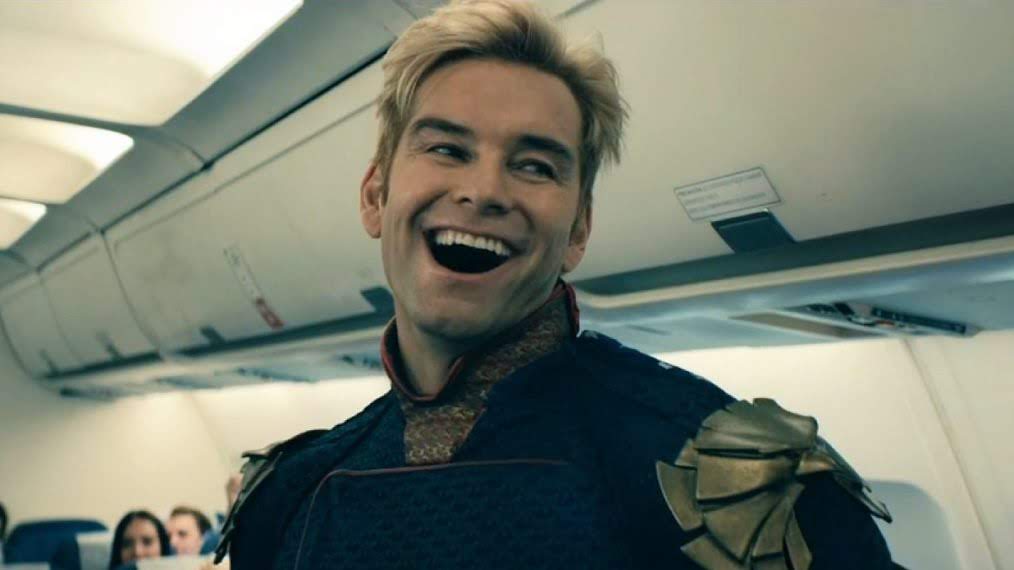 As Homelander on ‘The Boys‘, Mr Starr plays a super-powered guy, but he’s definitely no hero. “Never Meet Your Heroes“, indeed. With Homelander’s public face trusted and admired around the world, and the private one so dangerous and vile…I would definitely be a tad uncomfortable coming across this actor on the street. A great example of “The Fact That I Hate You Is a Compliment” syndrome.

Also on Amazon Video, Burn Gorman brought life to a character who already had this book reader in complete hate…and somehow inflamed it (same compliment as above).

As Adolphus Murtry on season 4 of ‘The Expanse‘, Mr. Gorman somehow perfectly brings to life the complex, hateable, & dog-headedly pragmatic (at times deadly so) head of security on…well, I’ll stop there if you’re well behind on this show. Trust me when I say you’re gonna love to hate him.

Just give Song Kang-ho all of any award he qualifies for, and even all of the one’s he doesn’t.

As Ki-taek (father of the conniving Kim household) in ‘Parasite‘, he grabs you with his infectious spirit right from the beginning of this film. Then, he does not let go as he takes you on a roller coaster of emotion through this very suprising tale.

The advertising 100% buried the importance of Ana de Armas‘ character in this next film (which isn’t a spoiler, as it likely just deliberately featured more famous actors to sell the film). 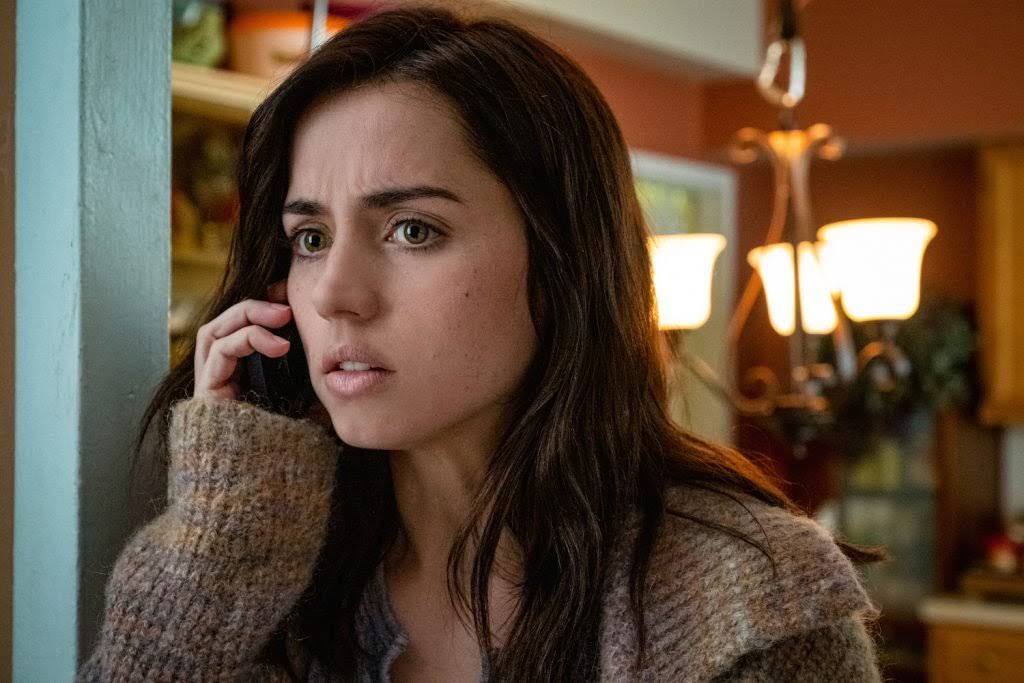 As Marta Cabrera in ‘Knives Out’, she displays a very big and very tangible heart on her sleeve. From the jump, you’re taken in by Ana’s ultra-genuine performance, which somehow makes her stand out from the greats in this film and makes you…well…again I’ll stop to avoid spoilers for now.

This one took me by no surprise, having combed over every second of Richard E. Grant‘s performance in ‘Withnail & I‘ a hundred or so times. Second only to the performance, was the actors very clear enthusiasm to play this role.

As General Pryde in ‘Star Wars: Rise Of Skywalker‘, Mr Grant brings a menace to the galactic bad guy military ranks that rivals Governor Tarkin himself. It’s an utter shame that he will only haunt us in one of these installments, but at least we have that.

You’d think going into this satire featuring friggin’ Taika as Hitler, that he’d be the clear standout. Nope (don’t get me wrong, though, he’s great). It was Thomasin McKenzie who has viewers perk up and pay even more attention when she arrives. 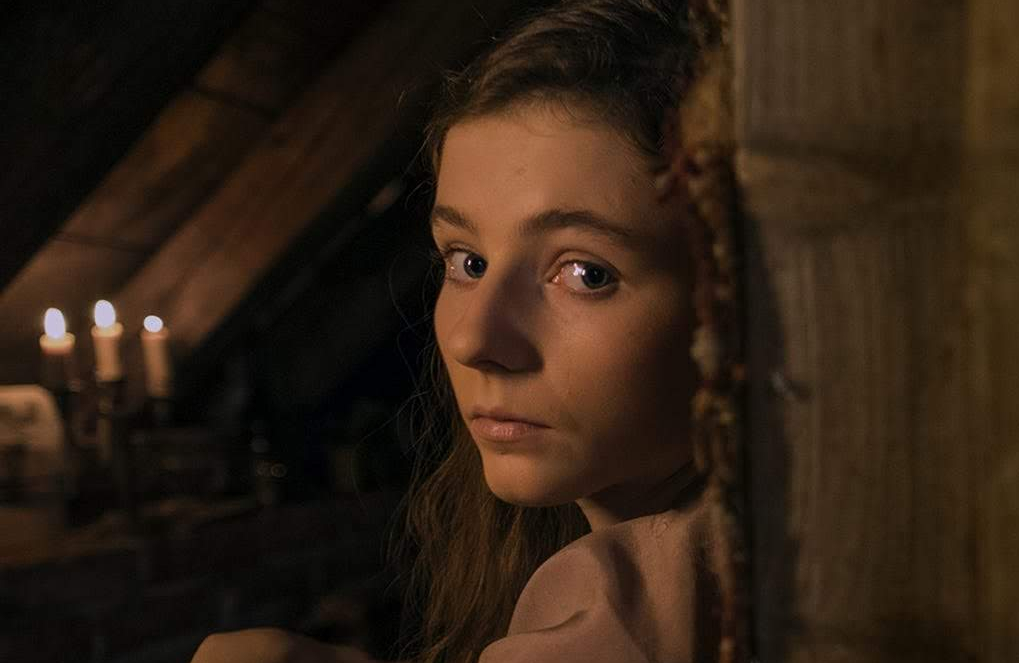 As Elsa in ‘JoJo Rabbit‘, Ms. Mckenzie is a force. Elsa is too much for JoJo to handle, to be sure, but she’d also give plenty of adults a run for their money if needed. A ton of spirit & heart in this performance that sticks with you.

Big ol’ surprise. A show that has been on my “FAV” lists since I started making them.

What can I say about “The Expanse” season 4 other than watch episode 9 (after the others, obviously). Do so and you’ll see why that episode alone would put this wonderful show on my top shows of the year (or any dang year). For a reader of these books, a bonus was the show being perfectly matched tonally to this story in the book. So many wonderful characters and performances to flesh this season out! Production has already begun for season 5, but no release date (fingers crossed for the end of 2020).

Even with HBO’s great track record of some of my fav’s, I had a small amount of hesitancy about how they were going to treat this one. Leaning on the film to much, or not tying to it at all (which would be a shame).

Thankfully, season 1 of ‘Watchmen‘ found the perfect balance. It had it’s own identity & story, which happens to be based in the same world as the film (with the events taking place well after and well before). I’d liken it to the former Netflix Marvel series a bit. It takes a much more detailed look at one community (Tulsa, here…like NY was for those Marvel shows) and shows how the larger picture of the film events effected that smaller community. Cannot wait for season 2 (which doesn’t yet have a release date).

I have no idea why I started watching this show. It was likely something I picked up in the wake of ‘Big Little Lies‘ (RIP). Boy, am I glad I did.

If you enjoy anxious sweats as much as I do (what is wrong with me?), HBO’s ‘Succession‘ is for you. Come for the powerhouse that is Brian Cox (Logan, head of the Roy family mega-media empire), and stay for Nicholas Braun (Cousin Greg…you’ve been introduced), and Kieran Culkin (as Roman, one of Logan’s many opportunistic children). Season 3 is due late Summer 2020.

I was expecting a completely different group to be the titular characters in this show, as much of the advertising had the ‘superheroes’ front & center. 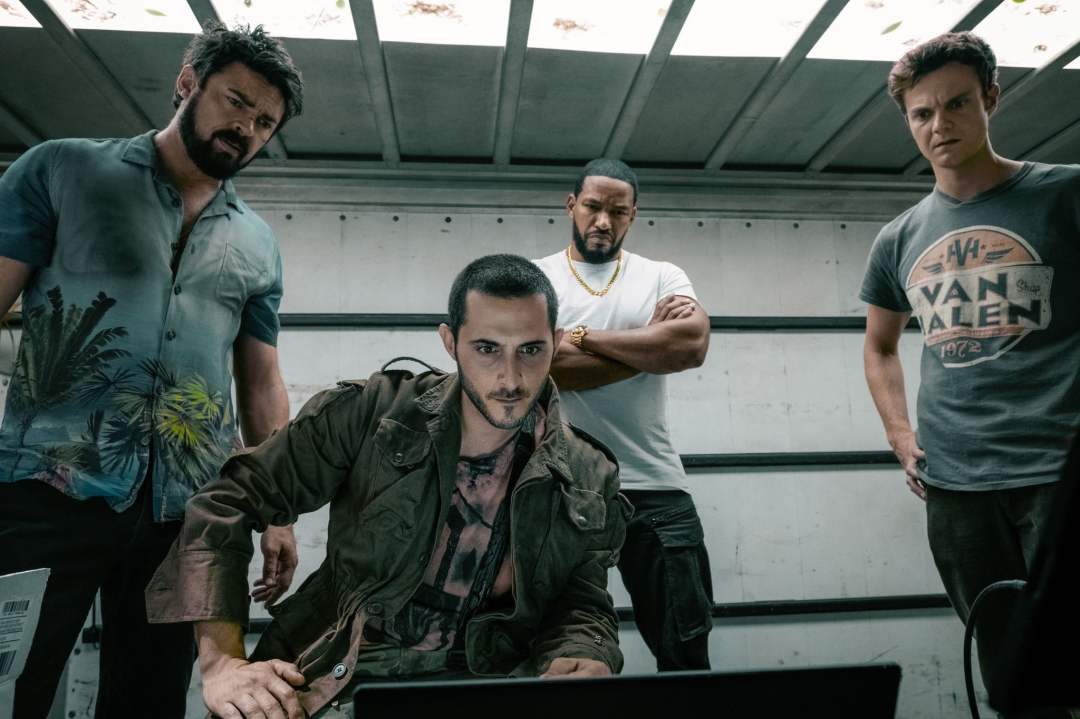 Instead, we got the lot pictured above…and nobody is complaining. On Amazon Video‘s ‘The Boys‘ I’m glad the actual good guys (with one new addition coming in season 2) get to carry the shows banner, as the superheroes are too twisted to deserve it (save a few…for now). Karl Urban is always such a joy to watch, as is each addition to this corrupted-superhero-hunting crew. If you’re more of a ‘love to hate’ fan, don’t fret. The group of nasty ‘Supers’ in this show called ‘The Seven‘ have you very well covered (see Antony Star listed above). No official release date for season 2.

This film is a GD masterpiece. I’ll echo what the critic says on this image, that it’s one of the best films of the decade.

I went into Bong Joon Ho‘s ‘Parasite‘ thinking it was one thing (weirdly, a monster film…which it’s not in any way at all), and it turned out to be so many other much greater & amazing things. This couldn’t have been better written, directed, or cast. The sneaky thing about this dark comedy/family thriller/drama (without spoiling anything, I promise), is that the characters never give away anything they’re capable of till in the moment.

There’s no ‘tip of the hat’ that this will go anywhere it does, or any time you’ll think ‘Oh, that’s that type of character’ or ‘this type of story’ till anything actually happens. A slow unwrapping of characters & story that you will not see coming.

When it come’s to Hitler and Nazi Germany, tread very very lightly, am I right? How this film succeeds at not offending is incredible (at a minimum, the filmmakers are relying on a basic understanding & appreciation of satire).

Adapted from the novel ‘Caging Skies‘, director & screenwriter Taika Waititi created ‘Jojo Rabbit‘. It’s one of the funniest, most touching tales I’ve experienced in a very long time. He brought along an amazing cast to help, headed up by Roman Griffin Davis as ‘Jojo’ (his first ever role). He’s joined by his imaginary ‘friend’ Hitler (!!!…played by Taika), his mother (played by Scarlett Johansson, who will melt your heart) and his new (real) ‘friend’ Elsa (played by Thomasin McKenzie. You’ve been introduced).

This film manages to invest in each character you’re introduced to in some way, rather than just splash character types across the screen till the films end. The result is something very real feeling (and one with real consequences). It’s one of the few films I’ve seen in the last decade that I would call important.

Rian Johnson dunnit. That’s who. Well, he and the rest of this (unfairly) incredible cast of ‘Knives Out‘ did. In my efforts to know as little as possible about a film before seeing it, I am often taken by surprise by what a film actually is (remember that ‘monster’ film ‘Parasite’?). Avoiding as much as I could, I went in thinking I was going to see some fights, but this plays out perfectly in the aftermath of a thing.

Utilizing an investigation of said thing to introduce all of these wonderful characters was a master stroke, and perfectly pulled off. The notes struck by each of these characters were just right. Ana de Armas (you’ve been introduced) was the absolute standout, and I never knew I was such a fan of Daniel Craig till I heard him speak in that accent (he is a delight). Shout out to Chris Evans (!!!) and his sweater.

The Skywalker Saga has come to a close. The newest tug of war in a Galaxy Far Far Away has it’s victor.

NOT AT ALL SURPRISING (AND BENIGN) SPOILER AHEAD

In ‘Star Wars: The Rise of Skywalker‘, the victors are obviously the good guys (end of ‘spoilers’). but it’s also J.J. Abrams & this cast (with amazing newcomers!) for creating my fav of this last trilogy. There is an ebb and flow that the stakes in this film ride on which will keep you awake & alert no matter how late (or early) you decide to see it.

You get more of a glimpse into the characters you already know (ah, Finn & OH, Palpatine), and you’re introduced to some new supporting players (who in my opinion stole the show). Most notably, Richard E. Grant as ‘General Pryde‘ (you’ve been introduced), as well as Kerri Russel as ‘Zorii Bliss‘ (I’d be quite keen to watch a Disney+ series featuring either of these characters backstory).

There are a few small (in stature) characters that it’s a darn shame we won’t get more of. A tiny but very important creature named ‘Babu Frik‘ will have you forgetting about that Baby Yoda for a minute (trust me), and the newest little droid ‘D-0‘ will wrap you around his (non existent) finger the first time he gives a very relatable ‘N-No, thank you!’.

There is closure for the Skywalkers, but I’ll leave that there for now to avoid real spoilers. My own Skywalker closure came back in 1983, but I’m glad I was able to see the generation that came after Luke, Leia, & Han helped make sure the bad guys were down and stayed down.

A tribute to them, this new trilogy was.