While it’s very very safe to assume that all of the major players from a galaxy far far away will be at Star Wars Celebration in Chicago this April, the guest announcements are still super exciting!

The two big announcement highlights start with the man who has brought some new agility and spirit to everyone’s favorite Wookie. Joonas Suotamo will be heading to Chicago to meet fans and (hopefully) chat about how he’s approached taking over the walking carpet we all know as Chewbacca!

Very excited to finally say that I’m coming to the Star Wars Celebration in Chicago! Hopefully I’ll see ALL of you there and we’re gonna have a blast! 👌🎉🎉🙌💫 https://t.co/9Dmc5i0C53

We also know who will (again) be taking over hosting duties from the Celebration Stage…Warwick Davis! Warwick was amazing at the Orlando event in 2017. If you’d like a taste of Wicket’s panel hosting skills, you can catch him with Ray Park (Darth Maul) from 2017’s Star Wars Celebration on the Chasing Geekdom YouTube channel.

We’re less than 3 months away from the Chicago event! I can’t wait to see more of the guest announcements roll in!

I’m not normally one to speak ill of the dead (character from fiction), but this new charity race from the Potterhead Running Club is perfectly & hilariously named. The Stage 5k Clinger! (Here’s a hint as to where that saying originated, in case you’re unfamiliar 😄).  Poor Lavender Brown. She and Ron were just not meant to be, but she was the last to realize it.

The timing of this race is fitting. Lavender started to crush on Ron in the beginning of their sixth year at Hogwarts, and the PRC is starting their sixth year of virtual charity races with an event “celebrating” this ill advised romance. 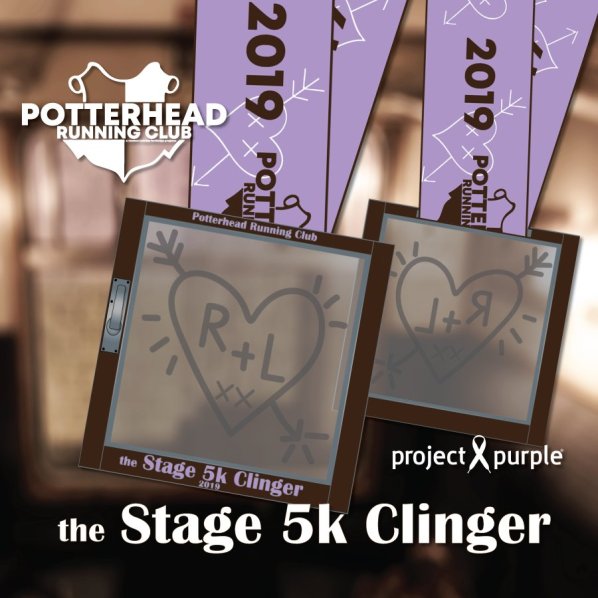 The Potterhead Running Club teams up with a charity for each race event, and this one is a charity that they’ve worked with before. Project Purple is a non-profit “created to raise awareness, support patients and families affected by the disease, and fund research efforts to defeat pancreatic cancer.”

The legendary Alan Rickman who played “Severus Snape” in all of the Harry Potter films, died from pancreatic cancer in 2016. The PRC teamed up with Project Purple that year for the “Half Blood Prince Half Marathon” and honored Alan & all of the joy he brought to his fans through that iconic role. 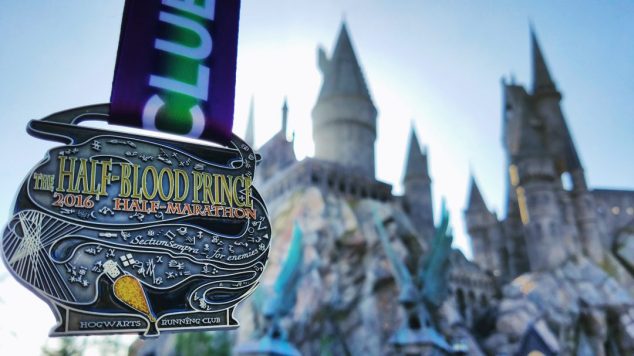 The Stage 5k Clinger registration is still open, and is only $25! Here’s to hoping I’m more in tune with my body during this run than Lavender was with the reality of love.

#WDW #MedalMonday: Wrong Coast Edition 😃 - Here to solicit tips from you Florida #runDisney homies!!! Staying for a week mid-July, and would love to get a few 2 mile to 5k runs in around the resort area. Any good spots? #WaltDisney #StarWars #StarTours #StarWarsHalf
#MayThe4th and so on and so forth. 😃 Happy #StarWars day, friends! #StarWars #Stormtrooper #CaptainPhasma #WDW #DisneyParks #DHS
Happy #NationalSuperheroDay! Celebrating by announcing that (thanks to figuring out technology nearly as basic as #Starlord's Walkman here) I'll be doing live #Twitch streams from all the #WDW & #UniversalStudiosOrlando parks during my visit in July! 😀🎢🎉 No video games 🎮. No sad man staring at screens 📺. Nope. Happy man happy as heck to be up to theme park shenanigans again! New #Shure iOS mic with a fuzzy 'hat' and #Streamlabs mobile coming through! #WaltDisney #WaltDisneyWorld #UniversalStudios #ThemePark
July. Shenanigans *finally* recommence. 🙌 Casual #WDW app 'browsing' took quite a turn yesterday. 🤣 #DisneyParks #MagicKingdom #DisneyHollywoodStudios #AnimalKingdom
What a blast! 🎉 Thanks to all who came through my "Favs of 2020" #Twitch stream! 🥂 You can catch it anytime now at the link in my bio. A tough year, for sure. So grateful that we're rounding the corner to a new (and hopefully much brighter) year for everyone. Have a wonderful and safe #NewYearsEve, everyone! #AnimalCrossing #ACNH
My 2020 #Christmas selfie 🕹. #MerryChristmas, folks! 👀🎅 Next year, actual selfie with other humans around hopefully at a theme park or comic convention. 😁 #NintendoSwitch #Nintendo #Avengers