David Alpay made quite the impact as “Professor Atticus Shane” (AKA “Professor Creepy”) in the 4th season of “The Vampire Diaries“. Thankfully, any apprehension in being brought as close as we were to him in his “Wizard World” St. Louis panel quickly dissipated.

Armed only with a big bucket of tiny candy canes (to give out to fans asking questions), David hopped down from the stage, ditched the mic, and had a very candid conversation about his career, moving to the US from Canada, and his new favorite pet…rabbits. 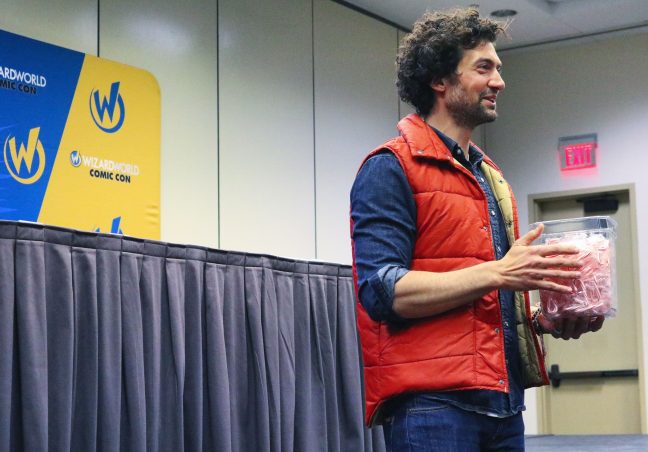 Here, David goes into his transition to acting (from studying the cognitive sciences) while in college…starting with a play called “Clockwork Gorbachev” (which was voted “Worst Play”). Thankfully, he endured.